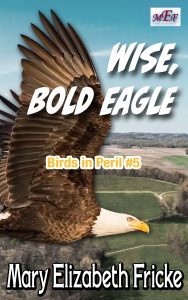 Sylvia Pentherst is the fifth woman to marry into the Hunt-Harvester-Cromwell group. A widow in her mid-fifties, she survived years of hardship caring for her invalid husband and raising her three sons. Her now-seemingly-settled life takes a turn toward unpredictable when she leaves the comfort of managing County Hospital Housekeeping for the chaos of opening and maintaining two novelty shops along with Lisa, Jani, Susie, and Stephanie. Is it really possible to find that second chance at love with Thad Hunt?

Buy the ebook:
Buy the Book On Amazon
END_OF_DOCUMENT_TOKEN_TO_BE_REPLACED About The Phoenix Syndrome:

Turning forty, for Lannie Marvin, is rough. It’s the day she discovers her husband is leaving her for a younger “soulmate.” Her only son is packing for a new life on the other coast. At work, a crazed mouse being treated with an experimental drug brutally bites her. Can anybody say “midlife crisis”?

Lannie snaps.Seems she’s recently developed a serious crush on the drummer of her son’s favorite heavy metal band. She kidnaps her sister-in-law and heads toward Bethel, New York – the site of the original Woodstock concert. Just so happens Dreamwish is playing a concert there, and Lannie has tickets.

Tristan Allard, the band’s drummer, holds this benefit every year in memory of his wife, whom he lost to breast cancer. It’s been five years, and he’s getting damn lonely. So when a sexually charged Lannie literally plows into him at the backstage reception, Tristan is ready to learn more about her – and her long-buried interest in musical composition.

The two head off for a wild ride of a weekend, but reality boomerangs around way too soon. Tristan is headed to the UK to audition his next album’s scores.

And an elevated libido isn’t the only side-effect of that experimental drug.

Buy the ebook:
Buy the Book On Amazon
END_OF_DOCUMENT_TOKEN_TO_BE_REPLACED About The Sound of Wings:

A gripping, touching, and memorable portrait of three women rising above painful pasts to seize present opportunities and of friendships that grow, despite differences, to sustain and inspire. The novel is set on Cape May Island.

END_OF_DOCUMENT_TOKEN_TO_BE_REPLACED 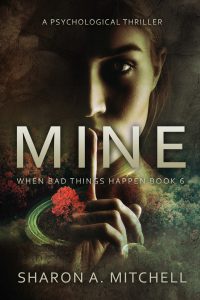 He’s back and wants her son. Needs her son and will stop at nothing to get him.

It had always been just Keira and her little boy, Daniel. There was no choice; the father deserted them, and her parents disowned her for being pregnant and unmarried.

Now the sperm donor is back, and he wants their son. Needs their son, he says, and won’t go away without him.

Read MINE, book 6 in the series When Bad Things Happen.