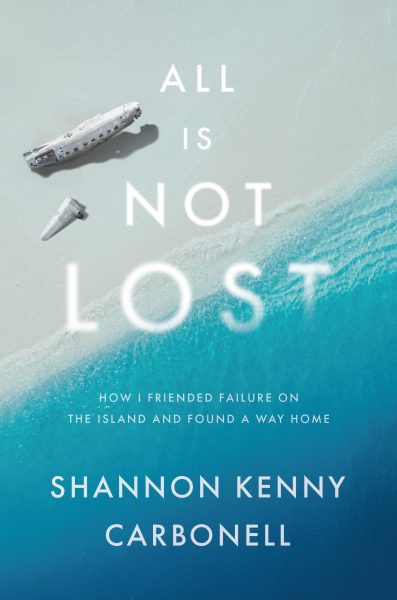 About Featured Book: All is Not LOST by Shannon Kenny Carbonell

All Is Not LOST is the story of what happened when one woman set aside a lifelong dream in favor of her kids, only to find herself battling her own ego and unfulfilled ambition. Shannon Kenny Carbonell — wife of actor Nestor Carbonell of LOST, Bates Motel, and The Morning Show fame — knew she was making the better choice for her, no matter how painful, when she decided on full-time motherhood over career. Little did Shannon know she would soon find herself desperate to feed the part of her that was suddenly starved of creativity and accomplishment.

When she found out her family would be relocating to Oahu, Hawaii, while Nestor shot LOST, Shannon helped uproot their lives with as much true love and support as she could muster, thinking, ”I’ll just have to be lost in the midst of LOST.” But not long after the move, a torturous family fight revealed the burden of her loss was also weighing upon those closest to her. Just like the LOST survivors, she had crashed on an island that would test her, heal her, and surround her with the people who would eventually show her the way home.

With a no-holds-barred honesty that is raw, sometimes heartbreaking, and often hysterical, former working actress Shannon Kenny Carbonell tells her tale of attempting to reconcile her growing feelings of failure and sudden loss of her identity. This is her journey.

This Memoir book is available in these Formats: eBook, Print